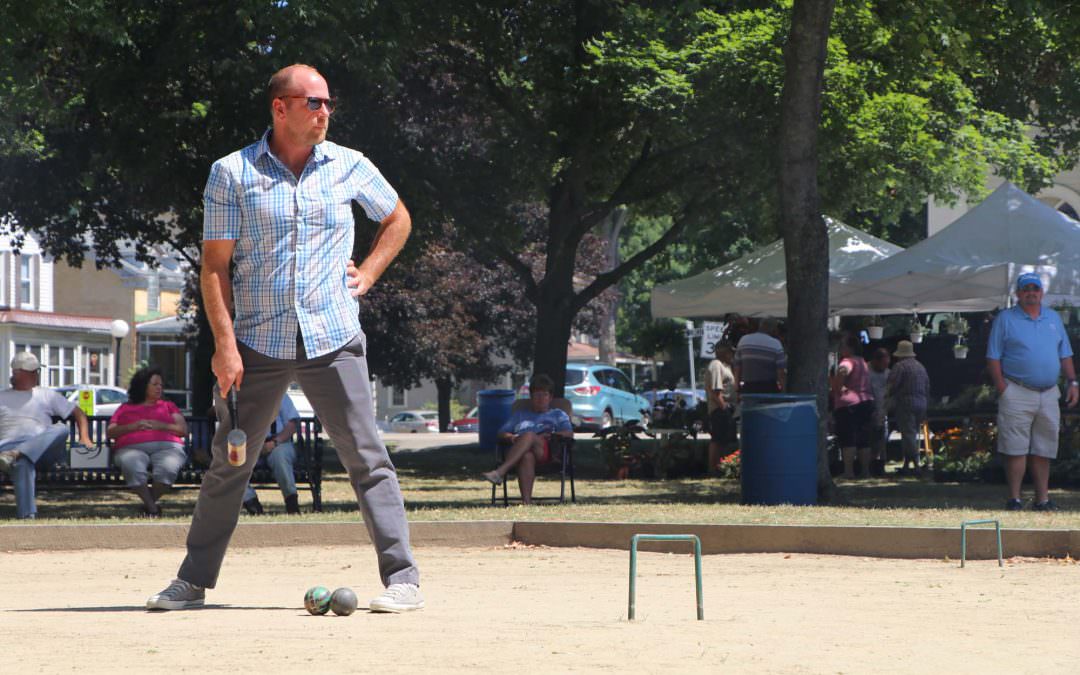 Roque, an American derivative of croquet, is believed to only be played in a few small towns nationwide. A manicured, well-lit clay court sits in the middle of Angelica in Allegany County, just across from the home of Jim Gallman. On summer evenings, he can watch games unfold from his porch.

The National Roque Association last published its rules in the 1950s, so the game’s complicated rules and their local adaptations are best-known by the oldest generation of players. Although he did not compete in Angelica’s annual tournament in 2016, when fieldworker Hannah Davis documented the game, Gallman had a front-row seat as an unofficial official.

Gallman proudly claims to be the Angelica’s winningest player. His brothers are in close competition, and their adult sons – who compete despite having moved away – aren’t far behind. Like other regular players, some even make their own mallets, which are shorter than croquet mallets and difficult to buy from commercial sources.

Gallman’s female family members are noticeably absent from the tournament. Roque has always been a gendered game here. Women may play casually with friends and family, Gallman explains, but they have never played as often as men. He suggests that less time spent on the court has resulted in a less competitive approach to the game. Anyone is welcome to watch, though. Visitors can see the tournament for themselves during the 50th Annual Angelica Heritage Days Festival on August 3 and 4. More information is available at www.visitangelica.com.

Jim Gallman poses for a photo on Angelica’s roque court